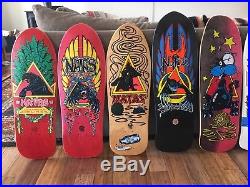 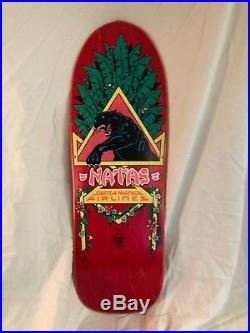 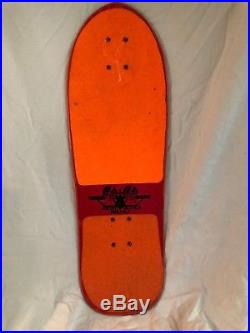 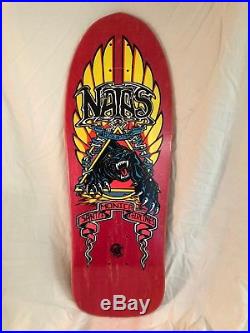 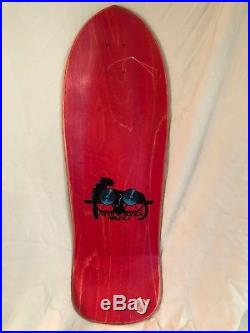 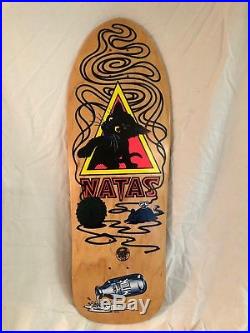 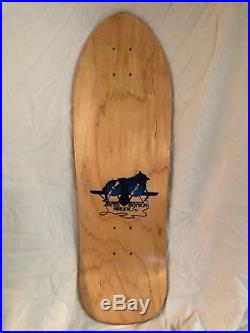 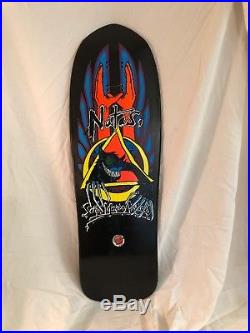 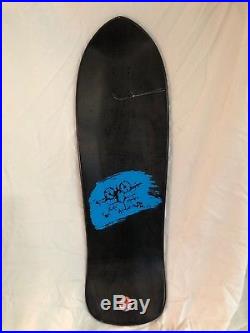 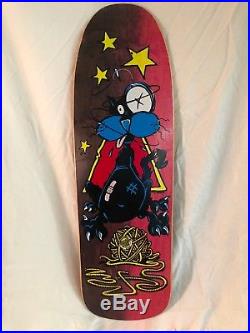 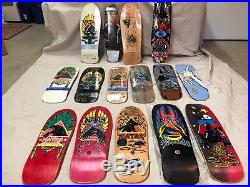 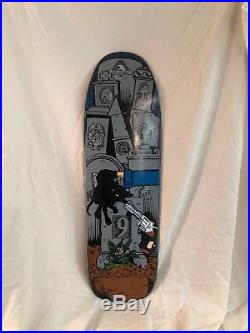 For all SK8 enthusiasts viewing pleasure. The time has come for me to part with my beloved SK8 collection. Please check out the other SK8 decks for sell in my collection. I collected these boards over a long period of time. Each one was specifically selected and has a story behind it. I will try and share as much details as possible without boring you too much. I will be happy to answer questions in regard to the history or condition of my collection. E-Bay limits me to 12 pictures only. I have many more detailed photos for serious buyers & collectors only. THESE ARE ORIGINAL NOS NOT RE- ISSUES! NOS – VINTAGE – RARE – Natas Kaupaus SMA Decks. Natal Kaupaus was one of the most influential skaters of his time and is still a driving force in the skateboard industry today. If you were lucky enough to grow up in the 80s you most likely had or knew someone who rode a Natas. Growing up in West Los Angeles it wasnt uncommon to see Natas sessioning in Venice or at Santa Monica High School. The first time we saw him ollie a fire hydrant in SM was mind numbing. Only later to see him ollie up onto a picnic table and over a trash can in Venice. Natas was the leader in street skating! The original iconic panther design was inspired by a Frank Frazetta painting circa 1972 see pic below. Brunette ended the evolution of the panther kitty series with a graphic showing all the other models buried in tombstones. Before all the reissues started to be produced Natass company Designarium would put out limited signed reproductions of his boards which would sell out immediately. These decks are in excellent condition. None of them have been ridden, and they are not warped. This is the Holy Grail Of Natas Collections. Look no further, you will not find another collection like this one. 1988 SMA Panther IV / By Jim Phillips – Iconic Deck! This This deck has been gripped, mounted, and has tiny holes for rails, nose and tail guard. It has never been ridden and in excellent shape. 1989 SMA/NHS Panther V / By Justin Forbes – Excellent Condition! Two minute knicks under Santa Monica Airlines banner. Never been gripped or mounted. Spilt Milk Kitty / By Jimbo Phillips – Excellent Condition! Minimal scuff mark on top of deck near nose. Still has original skate safe sticker on top deck. 1990 SMA – Crazy Cat / By Natas Kaupaus. There is a tiny scuff mark on the nose and tail. You can cover with a black marker if it bothers you. Natas actually drew this graphic. 1991 SMA – Drunk Kitty – By Erik Brunetti: This deck is in Primo Condition! The last deck in the Panther/Kitty series before Erik Brunetti ended it with the 9 lives deck. The item “NOS VINTAGE NATAS KAUPAS NOT RE-ISSUE SMA SKATEBOARD” is in sale since Wednesday, June 20, 2018. This item is in the category “Sporting Goods\Outdoor Sports\Skateboarding & Longboarding\Vintage”. The seller is “gebrin_0″ and is located in Moab, Utah. This item can be shipped to United States.
« Primo S Vintage Skateboard Collections
Nos Vintage Powell Peralta Tony Hawk Skateboard Not Re-issue Chicken Skull »