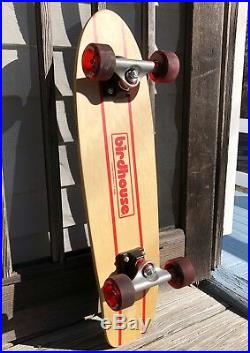 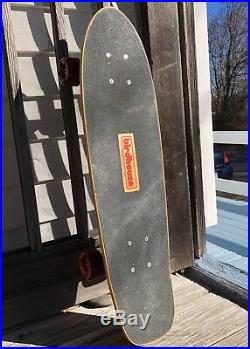 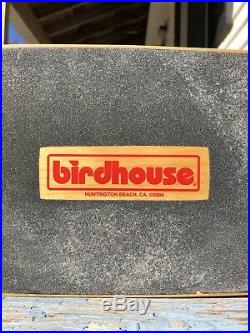 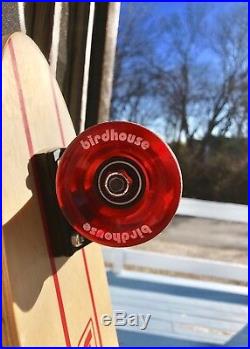 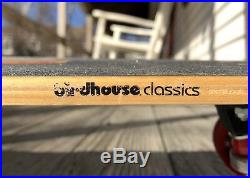 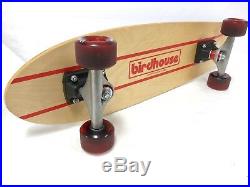 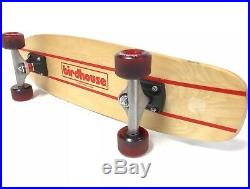 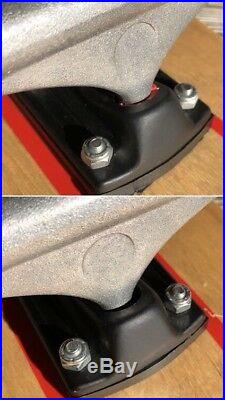 Complete 1970s Penny Size Skateboard. Prototype / Factory P romo : Lords of Dogtown (2005). Was Previously donated by the Birdhouse factory in Huntington Beach, California. 100% Genuine The real deal! Huntington Beach Factory Promo board. The few existent boards were apparently given to a few charities and longtime suppliers of birdhouse Merch/ skate shop owners. The deck itself is in excellent condition with no wear on the graphics anywhere. Besides only a few minor scuffs on the nose or tail from storage there is nothing to complain about. The grip tape has a little bit of dust on the top from display but will come off. Up for sale is a gem for vintage to present day skateboard collectors. Within the last 2 to 5, Birdhouse has become one of the most popular & collected skateboard cos out there. The deck is very simple with only the Birdhouse logo & Huntington Beach, CA 2004. Beautiful skateboard, and unique in a handful of ways. I never seen another birdhouse deck Huntington Beach, California written on the deck! This is definitely a gem in the Birdhouse collector community. From what I was told by a representative, a few of these were manufactured and given to charities, skate park donations, long time suppliers of birdhouse merchandise/skate shop owners. There is no official number of how many were manufactured and put together but certainly not more than a handful. When it comes to skateboard companies from the 1990s to present day, birdhouse would be on top of the list for collectibility. These 1990s eraly 2000s model skateboard decks continue increasing in value… And willl hold that value far down the road. I wish I could put a real value on this one, Im sure its much higher than what Im asking especially in the birdhouse community! This board was professionally manufactured but only to a Prototype level which you can tell in both the wood and trucks. Up until recent years birdhouse never manufactured any type of vintage era skateboard In fact I dont think anybody did in 2004. At that point Paul started re-releasing some of his graphics but they still did not have the Peralta name. This was donated by the Birdhouse factory and does not include any type of documentation whatsoever. The only documentation is the small information provided. From what I understand it was created around the time they were filming the Lords of Dogtown film. Apparently Mr Hawk did stunt work in the movie, along with his brief cameo. This Penny Size 1970s era skateboard was manufactured in the same size, shape and even graphics of the most popular processional 1970s skateboard. As you probably know the design of the skateboard is modeled after the Bruce Logan Earth/Ski skateboard model popular from the mid to late 70s. It would make more sense to me that the Prototype could have been manufactured with the idea of creating a line of Penny size 1970s style skateboards. The side of the board has birdhouse classic which makes me believe the company wanted to mass produce these after the success of the Lords of Dogtown film. The trucks are generic with a plastic base, One which has unfortunately has cracked plastic. Similar to some of the skateboards in the mid to late 1970s, all the way into the mid 80s The trucks were manufactured with plastic silicon base and a metal hanger. Unfortunately the area where a king pin normally would be located is made of plastic and is broken off on one of the trucks. Although the board would still roll with us its not a good idea and it would just break it further. Not that you want to skate it anyways. You can see the truck defect in the last photo included. Considering the price birdhouse decks continue to bring, this is a great investment. Please refer to the pictures for the exact item and his condition. If you want to see any additional photos send me a message and I can help. If you have any questions feel free to contact me. The item “Birdhouse Skateboard 2004 Factory Promo Prototype /Prop Lords Of Dogtown Vintage” is in sale since Sunday, December 16, 2018. This item is in the category “Sporting Goods\Outdoor Sports\Skateboarding & Longboarding\Vintage”. The seller is “smurphytom2018″ and is located in Marshfield, Massachusetts. This item can be shipped to United States, Canada, United Kingdom, Denmark, Romania, Slovakia, Bulgaria, Czech republic, Finland, Hungary, Latvia, Lithuania, Malta, Estonia, Greece, Portugal, Cyprus, Slovenia, Japan, Sweden, South Korea, Taiwan, South africa, Belgium, France, Hong Kong, Ireland, Netherlands, Poland, Spain, Italy, Germany, Austria, Bahamas, Mexico, New Zealand, Switzerland, Norway, Ukraine, Croatia, Brazil, Chile, Colombia, Costa rica, Panama, Trinidad and tobago, Guatemala, Honduras, Jamaica, Viet nam, Uruguay, China, Bolivia, French guiana, Cayman islands, Luxembourg, Peru, Reunion, Russian federation, Australia, Indonesia, Thailand, Israel, Singapore, Saudi arabia, United arab emirates, Qatar, Kuwait, Bahrain, Malaysia.
« NOS Lance Mountain Powell Peralta Doughboy In Shrink Skateboard Skate Deck
Hosoi Skateboards Christian Hosoi Skateboard Deck 80s Vintage »