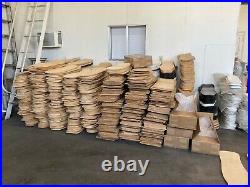 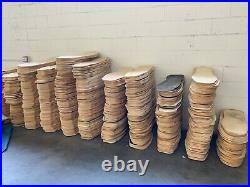 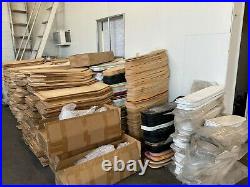 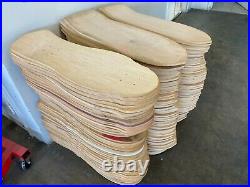 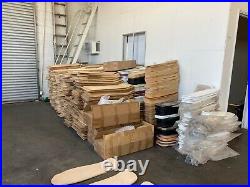 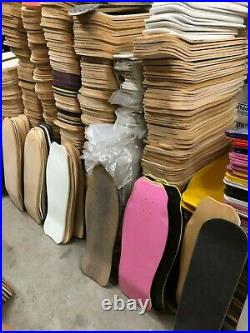 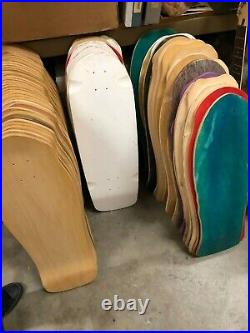 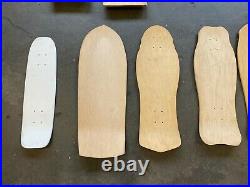 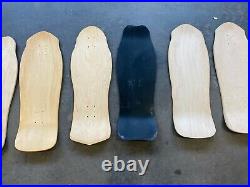 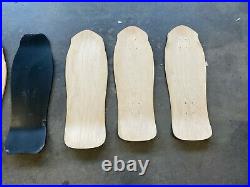 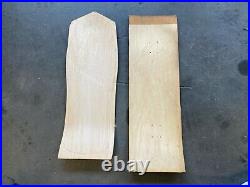 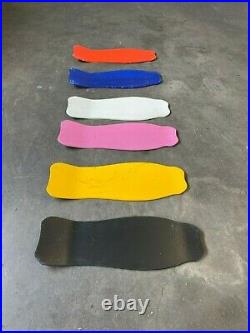 ROUGHLY 3000 ORIGINAL, UNTOUCHED SKATEBOARD DECKS FROM THE 80′S! HOSOI – ALVA – KASAI – SIMS – SANTA CRUZ & OTHERS. MORE PHOTOS BELOW IN DESCRIPTION. Here is a once in a lifetime find! A true time capsule from 1985! Roughly 3000 original NOS skateboard decks from the mid 80′s from some of the biggest names back then! Start your own skateboard company with OG boards! Roughly 3,000 NOS (New Old Stock) skateboard decks manufactured by the legendary skateboard pioneer, “Wee” Willi Winkels. Willi was one of early skateboard inventors to first create the multi. His father owned a door manufacturing business and this is where Willi came up with the idea to make a stronger wooden skateboard from. These decks were made by Willi from 1984 to 1987. All of the decks are made of seven ply Canadian “Hard Rock” Maple wood. Based upon our research (we are not skateboard history experts) from what brands he was believed to be manufacturing for and by the deck shapes, they appear to be Hosoi, Alva, Lester Kasai, Eddie Reategui, Santa Cruz, Sims, Fantasy, Toft Designs and Jason Catalano decks. It is likely they could also be be other brands/models, as most of the decks were made by very few manufactures in the early to mid 80′s and they all shared the same shape/design. We have not had a chance to go through them all, but they are in different stages, from raw uncut laminated sheets, to drilled painted decks. There are also others that appear to be prototype designs and shaped boards. Hey are in all excellent condition. The possibilities are endless, but I feel they would be perfect for an ultimate reissue project! Imagine doing a reissue graphic on the real deal OG deck from 1985! He creates one of the first maple laminate decks, and forms a skate team to promote it. His new board design soon comes to Tom Sims’ attention, and Sims switches to having their boards manufactured by Winkels. Soon, many other board companies begin having their boards made in Canada. Winkels is also credited to developing the first snowboard and a pioneer in developing modular, mobile half-pipes. This item is in the category “Sporting Goods\Outdoor Sports\Skateboarding & Longboarding\Vintage”. The seller is “socalcars310″ and is located in this country: US. This item can be shipped to United States.
« Retro! (1989) Action Sports / Sk8 Kat’z / Plant This! / Skateboard Deck
Kevin staab skateboard »